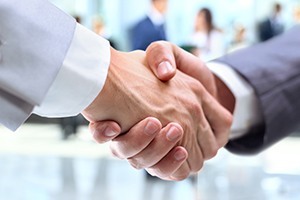 After nearly four decades as a trial lawyer in Georgia, Ken Shigley spends a growing portion of his time helping other lawyers settle intractable cases through mediation at Henning Mediation & Arbitration Service, the original alternative private dispute resolution service in Georgia. He was on the initial panel of mediators there from 1995 to 2003 and returned in 2016.

Mediation is a form of settlement conference in which a neutral third party facilitates discussions between the parties and their attorneys, keeping them focused on options to resolve the dispute. Usually, the parties meet first in one room with the neutral mediator to discuss the facts of the case. Then they typically go into separate rooms. The mediator works with the parties, often all day, assisting in settlement communications and negotiations. However, the parties retain the decision-making power.

Any settlement reached through mediation is voluntary and comes from the parties, considering their own needs and interests. Mediation produces a voluntary, win-win solution. The parties are free to go forward with a lawsuit and trial if a case is not settled in mediation.

2. What are key points about the mediation process?

Second, mediation is confidential. At the beginning of the process, everyone has to sign an agreement that what happens in mediation stays at mediation. Nothing said at mediation can be used in court (unless of course, it was out there in the discovery process anyway). No negotiating positions at mediation can be thrown at either party before a judge or jury.

Third, the mediator is neutral. Even though a mediator may be a passionate advocate in another life, when in the mediator role he or she "doesn't have a dog in the fight." The only goal is to help both parties reach a voluntary settlement that they can live with. That is usually a deal that neither side is ecstatic about, but with which both sides can live.

3. What does it take for mediation to work?

Mediation is effective in helping parties settle a case about 85% of the time if certain factors are present:

First, both sides are looking at the same facts. Disclosure of all relevant evidence may occur voluntarily before suit, through exhaustive formal discovery, or any point along the way. The key is for both sides to have enough facts upon which to make rational decisions. If either party is holding back key facts to play "gotcha" at trial, a voluntary settlement at mediation becomes less likely. Lawyers have to make tactical decisions about whether it is worth it to hold back their zingers for use at trial when over 95% of cases settle before trial.

Second, both sides are looking at the same law. Usually in routine tort cases, the lawyers on both sides have a fairly clear idea of the legal issues involved. They may argue different nuances and interpretations, but they know the basic principles. Sometimes, however, one side or the other is represented by a less knowledgeable attorney or the issues involved are unusual. In such cases, it is incumbent upon the more knowledgeable attorney to explain the issues appropriately. A mediator who is experienced and sophisticated in the subject matter may be especially useful.

Third, both sides are represented by experienced, realistic counsel. Lawyers who have been around the block a few hundred times, are consumed with cocky hubris, but are confident enough to give the clients frank assessments of their strengths and weaknesses, are likely to have assessments of case value that overlap or are very close together.

Fourth, both sides actually seek and follow the advice of experienced counsel. Sometimes one or both sides have lawyers who could reach a realistic compromise based on their assessments of likely outcomes in court, but the clients refused to cooperate. Wise counsel is worthless if nobody listens to it.

4. Why use Ken Shigley as a mediator?

Many lawyers think that experience in the trenches doing battle for clients is at least as valuable as a bunch of mediation seminars and even experience on the bench as a judge. Ken Shigley has practiced law in Georgia since 1977 in a variety of settings.