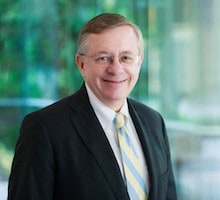 Kn Shigley is a former president of the State Bar of Georgia, former chair of the Institute for Continuing Legal Education in Georgia, and lead author of eleven annual editions of a leading book on personal injury law practice in Georgia.

Also in 2019, he was lead or co-counsel in cases in which plaintiffs recovered a gross amount of $25.8 million. At the end of 2019, he merged his practice into the law firm of Johnson & Ward which was established in 1949.  A senior counsel at Johnson & Ward, he is the only attorney in Georgia with this unique combination of credentials:

Multi-Million Dollar Advocates Forum, based on numerous verdicts and settlements in the millions of dollars
Three board certifications from the National Board of Trial Advocacy:
Diplomate, National College of AdvocacyHighest peer ratings:Author & TeacherIf not the “right lawyer” for your case, we have access to a broad network of legal talent across Georgia and the United States, and may be able to find the right fit for you.

In 2018, Mr. Shigley competed in the statewide nonpartisan judicial primary for a seat on the Court of Appeals of Georgia. Though he came in second in that election, he won more votes on that primary election day than did Brian Kemp, who went on to win a primary runoff and general election for Governor.

An Atlanta-based trial attorney, Mr. Shigley has been trying cases in Georgia courts for over four decades, and representing individuals, families and small businesses in cases of serious personal injury, wrongful death and insurance disputes statewide in Georgia since 1991.

Representative Cases: All cases are different, and past performance does not guarantee future results, but here are a few representative cases.

A graduate of Furman University and Emory University Law School (where he has been an adjunct instructor in trial techniques and small firm practice), Mr. Shigley also completed the Ultimate Trial Advocacy course at Harvard Law School, an executive education program at Harvard Kennedy School of Government and several regional programs of the Gerry Spence Trial Lawyers College.

Mr. Shigley has served in numerous professional leadership roles including:

In addition to these professional leadership roles, Mr. Shigley has received many professional honors including:

Mr. Shigley has published numerous articles in legal journals and made scores of continuing legal education presentations at both state and national levels. Among other places outside Georgia, he has been a presenter, program chair or moderator at continuing legal education programs in his practice area in Montreal, Chicago, San Francisco, Los Angeles, Boca Raton, Las Vegas, Nashville.

A "lawyer's lawyer" and "judge's lawyer," he has represented lawyers and judges in sensitive personal and professional matters. He has been chosen by opposing lawyers to serve as a neutral mediator in hundreds of cases. See reviews from clients and colleagues.

Mr. Shigley is admitted to practice in:

He has been admitted pro hac vice for individual cases in Florida, Alabama and Nevada, and handles cases elsewhere in strict compliance with the applicable bar rules on multijurisdictional practice.

Mr. Shigley is currently an active elder at Peachtree Presbyterian Church. Over the years, he has been a Trustee of the Peachtree Trust, assistant scoutmaster of the Boy Scout troop where his son became an Eagle Scout, YMCA youth soccer coach, board chair of a church-based (now independent) child development center, board member of Lifegate counseling center, secretary of the Bill Maness Good Samaritan Scholarship Fund, Inc. For several years, he was also on the national advisory board of the Children's Tumor Foundation Endurance Team with which he completed the Chicago Marathon, New York City Marathon and half marathons in Savannah, Las Vegas, Columbia and Atlanta.

Ken and Sally Shigley were married almost 34 years before her death due to a brain tumor in June 2017. Their two children are now young adults. Anne, 34, lives in New Hampshire, is a hospice nurse and runs several marathons per year. Her husband is a network administrator at Massachusetts Institute of Technology Lincoln Laboratory. Ken Jr., 32, owns Pick Your Fitness, LLC while is works for a California-based biotech company.