Home
Cases We Handle
Courts where we practice
Gwinnett County

Gwinnett County the second most populous of Georgia’s 159 counties, ranking only behind Fulton County. The population of Gwinnett County is 920,260 in 2018, out of nearly 6.7 million in the 39-county Atlanta-Athens-Sandy Springs metropolitan area metropolitan statistical area.

Gwinnett County was founded in 1818, and named after Button Gwinnett, one of three Georgia signers of the Declaration of Independence. It was formed by combining tracts of land taken by Georgia from the Cherokee and Creek Indians and a portion of Jackson County.

The first Gwinnett County courthouse was a log cabin home in Dacula. A more permanent courthouse was built in the center of the county by 1824, and by 1850 the surrounding town of Lawrenceville had a population of 11,257, several times larger than Atlanta which then had a population of 2,572. In 1871, a courthouse fire destroyed most early records and deeds. A replacement courthouse on the square in Lawrenceville lasted only 12 years before it was found inadequate. In 1885, the building on the square now known as the Historic Courthouse was built at a cost of $23,000. We tried cases in that courthouse until it was replaced in 1988 by the Gwinnett Justice and Administration Center, sometimes referred to as the “Law Mall.” 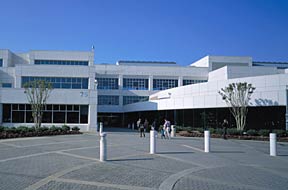 For many years, it was almost impossible to obtain an adequate jury verdict for a major injury or wrongful death case in Gwinnett County. That has changed dramatically.  In the 1980's and 1990's, we often declined cases in which Gwinnett County was the only possible venue due to the paltry record of jury verdicts there.  Now, as a major urban jurisdiction with a diverse jury pool, Gwinnett County in recent years has seen several of the most significant jury verdicts in Georgia.

Substantial civil cases are litigated in Superior Court and State Court. We have practiced in both of those courts as cases have arisen over the past three decades.

We do not handle traffic tickets, family law or small claims, and do not ordinarily go to Magistrate Courts or municipal courts unless it is to monitor a traffic court proceedings of someone who injured our clients.