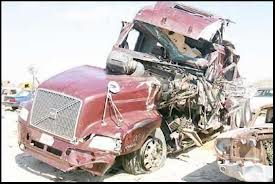 Lawyers who handle interstate tractor trailer truck wreck cases anywhere in the United States know that there are often several venue options. Discussion of all the jurisdiction and venue issues is beyond the scope of this article. But if Georgia is on the list of venue options, here are three unique features that should be considered:

1.Recovery of litigation expenses including contingent attorney fees due to violation of mandatory safety rules.

A Georgia statute first adopted with the Code of 1863, O.C.G.A. § 13-6-11, allows recovery of expenses of litigation if the defendant showed bad faith in the underlying transaction. Court decisions have applied this code section so that violation of mandatory safety rules ranging from fire safety ordinances to Federal Motor Carrier Safety Regulations may be considered by the jury as evidence of bad faith. This is presented in the case in chief under a preponderance of evidence standard, and may include the plaintiff’s entire contingent attorney fee and expenses of litigation. We have had success with judges and jurors in asserting this claim.

But last year, in a case in which we were involved, Judge Thomas Thrash of the U. S. District Court for the Northern District of Georgia, ruled that under O.C.G.A. § 40–2–140(c)(4), “insurers of interstate carriers can be joined as parties under the statute, …. [as] the plain language of the statute indicates that injured parties are able to join the insurers of interstate motor carriers.” Bramlett v. Bajric, 2012 WL 4951213 (N.D.Ga., 2012).

When one can establish independent grounds for venue to join in the same court both a motor carrier and an insurer, the direct action against an insurer can enhance the value of serious injury and wrongful death cases arising in Georgia against interstate trucking companies.

In McGraw v. IDS Property & Cas. Ins. Co., 744 S.E.2d 891, 2013 WL 3215464 (decided 6/27/2013), the Georgia Court of Appeals applied in the commercial vehicle context OCGA § 33–7–11(a)(1). This statute, passed in 2008, require that automobile insurance policies must include Uninsured Motorist (UM) coverage equal to the amount of liability coverage unless the policyholder affirmatively elects UM coverage in a lesser amount. If a trucking company’s insurance application for a policy “issued or delivered” in Georgia does not include a signed election of UM coverage equal to liability coverage, then there is the prospect of UM coverage equal to the liability limits. In the interstate trucking context, that is at least $750,000 and often $1,000,000 or more.

One may expect a fight over access to the policy application files, but it may be a battle worth fighting for seriously injured truckers and the families of truckers killed in crashes.

Ken Shigley is a past president of the 44,000 member State Bar of Georgia (2011-12), past chair of the trustees of the Institute for Continuing Legal Education in Georgia (2012-13), a board certified Civil Trial Advocate of the National Board of Legal Specialty Certification, and author of Georgia Law of Torts: Trial Preparation & Practice (West Thomson Reuters, 2010-13). He is also a past board member of the American Association for Justice Trucking Litigation Group, and currently secretary of the AAJ Motor Vehicle, Highway & Premises Liability Section.