Millions of Dollars Recovered for Our ClientsWe treat our clients like family.
contact us now
For a Free Consultation(Serious injury & wrongful death cases only.) 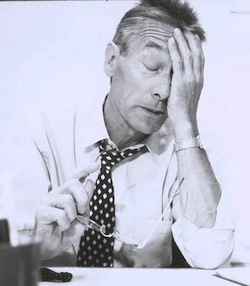 For lawyers handling personal injury cases, resolution of liens can be as challenging and time consuming as recovery of funds from the insurer for the party at fault. An industry has grown up for handling both sides of the lien dispute process, with collection and subrogation firms representing health insurance companies and ERISA plans and lien resolution firms handling these matters for plaintiff law firms. With evolving statutes, regulations and court decisions, we have been dealing with this mess for 20 years.

While the federal laws governing Medicare and ERISA reimbursement present challenges nationwide, there are three points that make some liens and reimbursement claims slightly easier to address in Georgia than in many states.

O.C.G.A. § 33-24-56.1 incorporates the “full compensation” and “common fund” doctrines, bar subrogation and sets up procedural safeguards and time limits with regard to reimbursement of insurers and benefit plans that are subject to state rather than federal law. It does not apply to Medicare, Medicaid, Federal Employee Health Benefits and ERISA. However, it does apply to private health insurance policies, non-ERISA employee benefit plans (state and local government, church plans, etc.) and auto insurance medical payments coverage. As a practical matter, if the procedural details are followed, very few reimbursement claims covered by the statute need be paid. Having written the first draft of that statute in 1995, two years before it became law, Ken Shigley is experienced in applying that statute to the full extent of its applicability.

American Bar Association Model Rule of Professional Conduct 1.15 has been applied in other states in a manner that may open lawyers to bar grievances if they vigorously assert defenses on behalf of a client against insurers’ claims for reimbursement. Georgia Rule of Professional Conduct 1.15(I) was revised in 2012, growing out of Ken Shigley’s work as a State Bar officer, to limit the scope of clients’ creditors’ claims that must be honored as follows:

The lawyer may disregard the third person's claimed interest if the lawyer reasonably concludes that there is a valid defense to such lien, judgment, or agreement.

Thus, in Georgia there cannot be a Bar grievance for disregarding a lien or reimbursement claim that is not based upon a statutory lien, final judgment addressing disposition of settlement funds or a written agreement guaranteeing payments out of the settlement funds. In addition, a lawyer may have a safe harbor against Bar grievances if he or she can reasonably assert a valid defense against the claim. That does not provide civil immunity if substantive law provides for a judgment against a lawyer, but it does guard against insurance companies using Bar rules as a bludgeon against lawyers who vigorously advocate for their clients.